What trip to California would be complete without a visit to Disneyland (a must do!). We spent an entire day there and had the most wonderful time at the theme park. 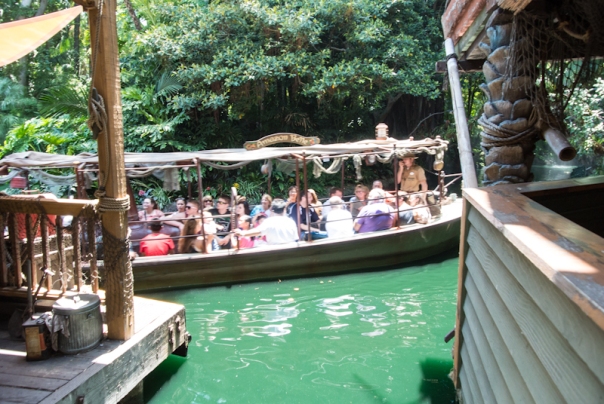 Even on a weekday, most of the rides and attractions have long queues. Popular ones can be as long as 30-45mins wait time. You can use the FASTPASS service which gives priority into popular rides and it just requires your park ticket to get it.

Big Thunder Mountain Railroad, this is a really fun roller-coaster and it’s our favorite ride. 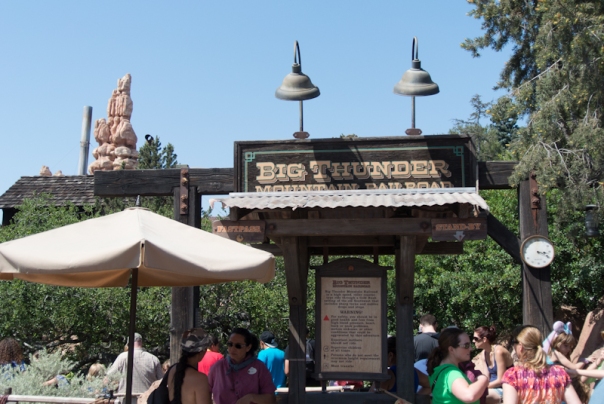 The new revamped Star Tours featuring digital 3-D motion simulator is really awesome. There is a nice little surprise inside but we won’t be revealing it here. 🙂 We only managed to do 1 ride but seems there are up to 54 different journeys into the Star Wars ramp.

Another really entertaining Star Wars attraction is the Jedi Training Academy at Tomorrowland Terrace. The appearance of Stormtroopers and Darth Vader is sure to delight many Star Wars fans. Kids can take part in this. 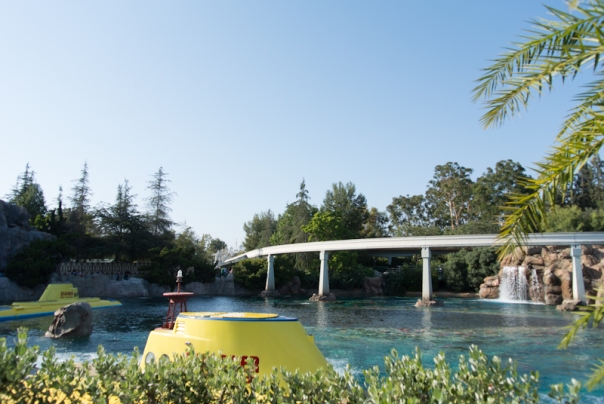 Another reason for our visit to San Diego is to visit SeaWorld! 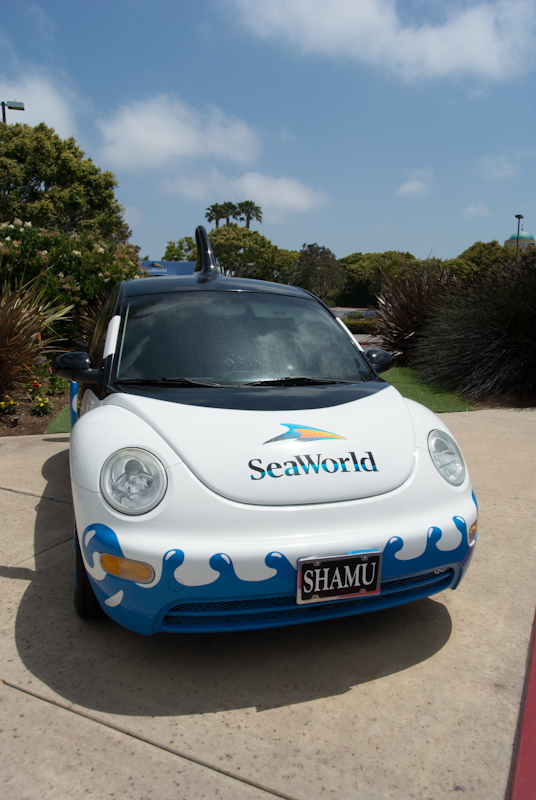 The Shamu show is undoubtedly the key attraction in SeaWorld. 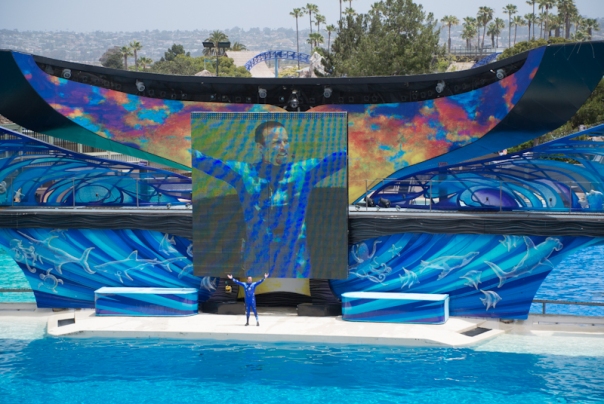 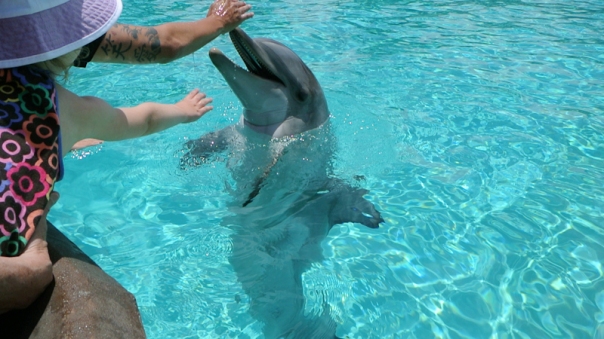 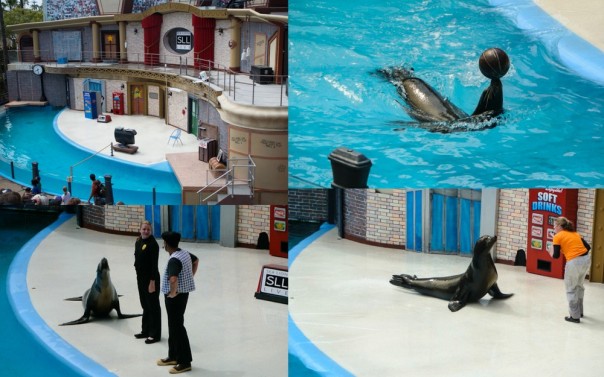 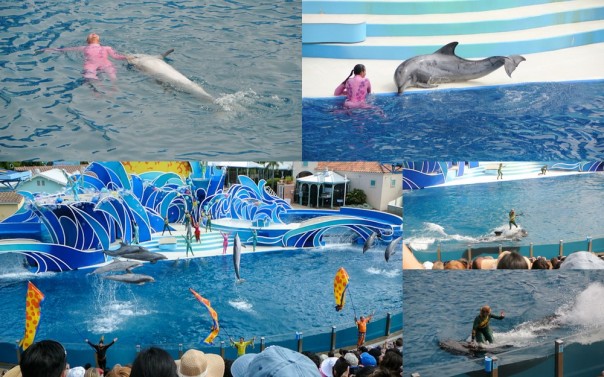 Quite a realistic exhibit on arctic animals

A beluga whale beneath the sea

This is a short review of the Yoobao 1100MAh battery extender. I bought this for use on our USA vacation as a portal charger for the mobile devices. It has 2 USB outputs, 1A and 2A (the latter able to charge bigger devices like tablets). It really helped to reduce the need to carry individual device chargers as all I needed were standard USB cables (either mini or micro). It certainly saves quite a lot of weight and space.

This model which is the largest capacity is able to sustain 3-4 full charges for the Galaxy Note. Unfortunately the downside is the amount of time to recharge it, almost 8 hours for a full charge from low battery.

I was most exited about our visit to San Diego. Being a military buff, one of the key highlights of our trip was the visit to USS Midway, an aircraft carrier now turned into a museum. Leaving Irvine in the morning, the drive to San Diego takes about 2 hours, where we spent the next 2 days there. 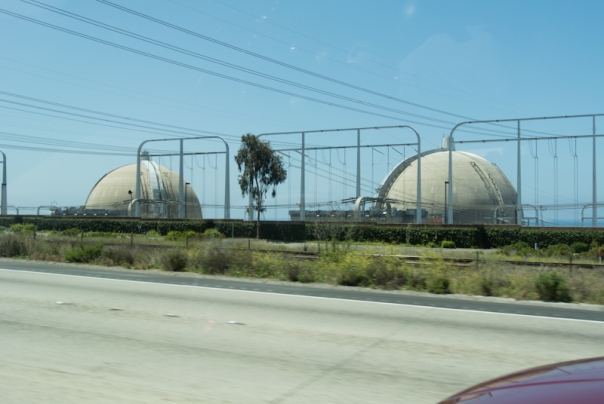 Once arrived at San Diego our family split into 2 groups since some did not wanted to visit USS Midway, instead they decided to visit the San Diego Safari Park.

One of the unique attraction here is the Africa Tram Ride which gives a tour of ‘mini’ Africa and observe these animals in their natural habitat. It’s also a great way to explore the safari without walking!

The USS Midway museum is located downtown San Diego at Navy Pier. A must visit if you are in San Diego as it is a unique opportunity to visit an aircraft carrier especially one as famed as USS Midway.

USS Midway from the parking lot

However not the entire ship is open to public, you can visit sections such as the top carrier deck, bridge, lower hangar and some sections of the lower decks. 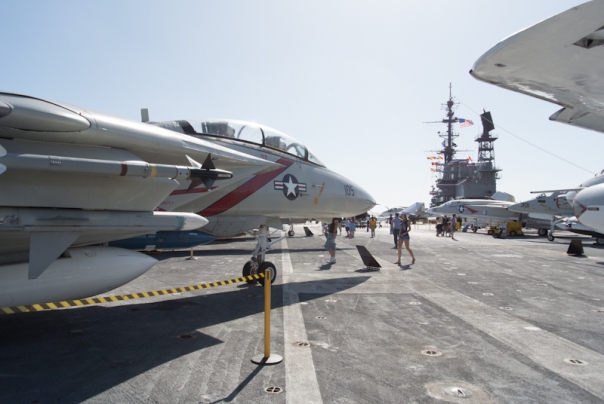 After leaving USS Midway, we took a drive to nearby Coronado Island via Coronado bridge. This bridge is really quite high to allow ships through.

View from above the Coronado bridge, on the right is San Diego and left is Coronado Island

View from Coronado bridge heading towards the island

Coronado bridge in the distant

US San Diego Navy base

My brother loaned me with this MIFI device which I used to get access mobile Internet. I connected all my mobile devices to the MIFI using WIFI and the setup worked perfectly.

MIFI from Sprint. Can last a full day on battery

I was also able to make free (or paid) Skype calls from my Galaxy Note (Skype App) as long as I am connected to MIFI. Interestingly, my Galaxy Note worked fine in USA (mobile roaming works with T-Mobile & AT&T) after initial worries about USA mobile networks only supporting CDMA (Malaysian phones are GSM based, not CDMA).

We spent our fourth day in California at a family birthday party.

John’s Incredible Pizza is located at Beuna Park Downtown Mall, about half-hour drive from Irvine. This place has a mini theme park within it’s premises with a buffet eat all you can pizza and salads.

Our original planned itinerary was also to visit Santa Monica pier and Griffith Observatory but end up we did not make it as we spent the entire day at John’s Incredible Pizza.

This morning we got a surprise at the breakfast table in the form of a huge Starbucks to-go bulk coffee box (haven’t seen this before in Malaysia). This thing really holds quite a lot of coffee (great for coffee drinkers like me). Can we have this in Malaysia, please 🙂

Comes complete with cups, lids, stirrers, napkins and sweeteners all neatly included at the side compartments

After breakfast we headed out to South Coast Plaza at Costa Mesa to look for some Louis Vuitton (LV) items but found it too expensive. I think it’s still cheaper to buy LV in Europe. There was also a Nordstrom and Macy’s store here which are mid to high-end departmental stores similiar to Parkson and Metrojaya back home. 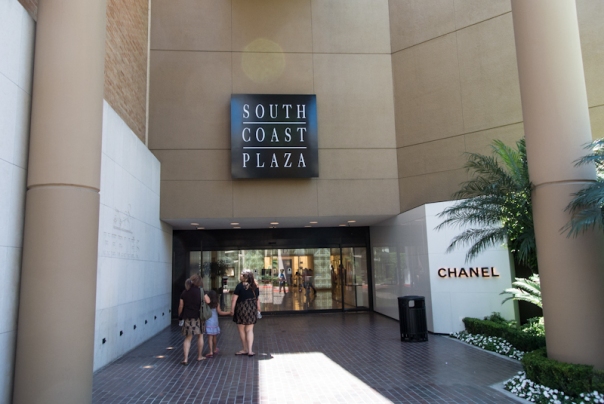 In the evening we had a family gathering and were treated to a wonderful barbeque prepared by our host.

After dinner we took a walk up nearby hills for a sunset view of Irvine, California

Woke up early to a very cold morning (around 14/15 Celcius). All of us couldn’t sleep probably due to not yet adjusted to the timezone differences (15 hours different with KL). As it was Memorial weekend and many shops offer discounts, the plan was to visit the Outlet stores in Orange County and Citadel Outlets.

Before heading out for shopping, we went to a nearby park located at City of Lake Forest to feed leftover foods to the ducks.

Feeding ducks at park of City of Lake Forest 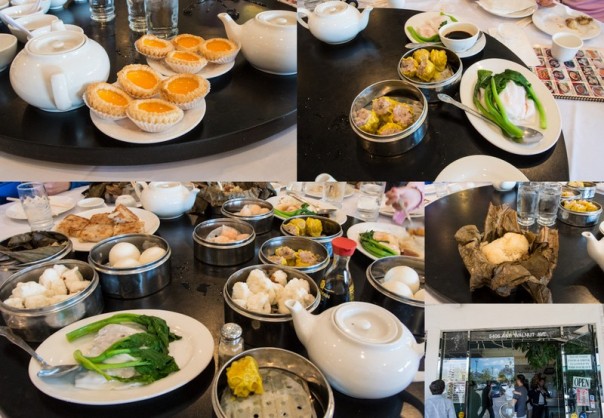 After a wonder dim sum brunch, we arrived at the Outlets. At this time, Malaysia did not yet have any Outlet shopping. 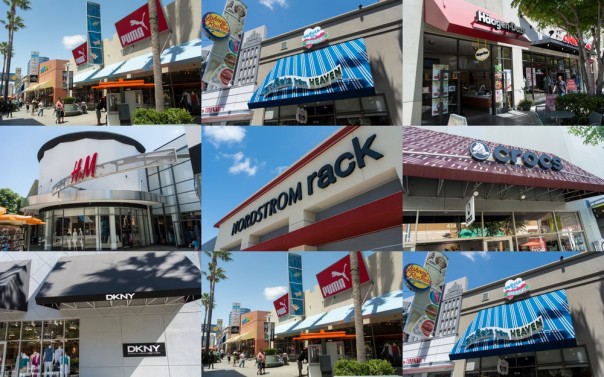 Most outlet stores are having good deals for Memorial Weekend.

After spending about 3 hours, we moved on to Citadel Outlets (more popular premium brand stores can be found at here). 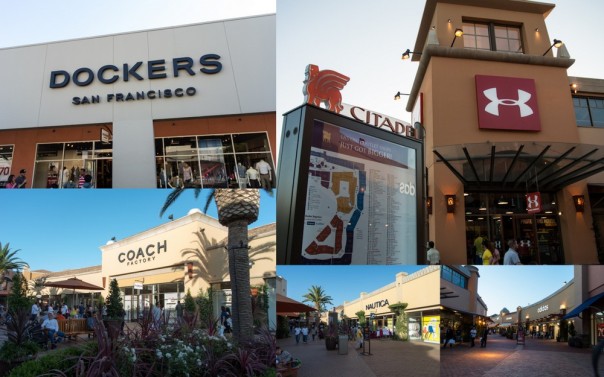 This trip (our first to the USA) was both a family vacation and gathering to visit my brother and his family who resides in USA.

We woke up early (4 AM!) and took a taxi to Kuala Lumpur International Airport (KLIA) to catch our Malaysian Airlines flight which will take us from Kuala Lumpur to Los Angeles with a stop-over at Narita Airport in Japan. The first leg from KL to Narita departed at 11AM with a flight time of 6.5 hours, arriving at 6:30PM local time. The 2nd leg flight took 9 hours before arriving at Los Angeles (LAX) at 2:30PM local time, same day as we have left KL (Friday May 25).

Immigration clearance was smooth and our luggage too made it past customs without being checked, although we had marked out presence of food items in the customs declaration card.

We spent the 1st week of our trip in California, staying at a relative’s place in Irvine.

Bottled Starbuck coffee at Target, haven’t seen this before in Malaysia

As mentioned in a previous post, I have replaced my Crumpler Sinking Barge with the Lowepro Versapack as my camera backpack. Similar in design to the Crumpler, the Versapack also has two compartments, top and bottom with the latter designed to hold camera gear.  If you remove the divider inserts at the bottom compartment you can also use it to store non camera items. (I found out yes, you can remove this divider as it is just stuck on using velcro).

The Versapack do not have a separate compartment to accommodate a notebook, however it can if you remove the layer between top and bottom and make one big space but it’s not ideal. You can however fit an Ipad into a small sleeve in front of the bottom section.

One unique feature of the Versapack is the quick access side flap at the bottom compartment where you can easily access the camera by swinging the backpack on it’s side.

Overall, it’s a nice bag and much lighter (less padding) as compared to the Crumpler Sinking Barge. One big problem though, the bag can’t stand straight on it’s own due to the bag bottom is not flat.

Posted in Gadgets and Reviews, Photography